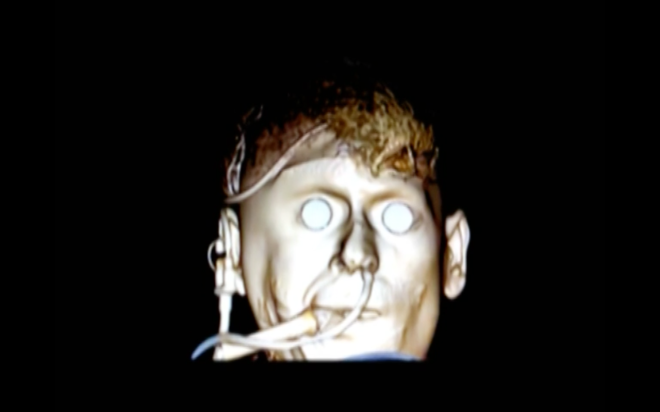 D. Glare (the solo guise of Dom Clare of Chrononautz) has completed his follow up to last year’s magnificent 68 Samples At 68 BPM For Phased Heads issued via Opal Tapes.

Titled 4 Oscillators And 130 Samples At 130 BPM, D. Glare describes the double tape opus as “one realisation of an idea with unknown possibilities from a combination of oscillators and a series of looped samples.” A video (below) has been made to assist the sounds on the entire second side of the four sided release. The album’s released 3rd March 2017.

Recorded live and without edits, the four sidelong pieces are built from the same setup of two analog waveshape oscillators and two digital oscillators heading through filters and amplifiers, plus samplers loaded at random with sounds from a bank of 130 samples  previously processed through a variety of effects and filters, and edited by D. Glare to loop at 130BPM.

“There is no fixed length for the performance – a performance finishes when the final sample has been triggered.” You can get more details on the precise nature of D. Glare’s unique setup via info in the above YouTube video.